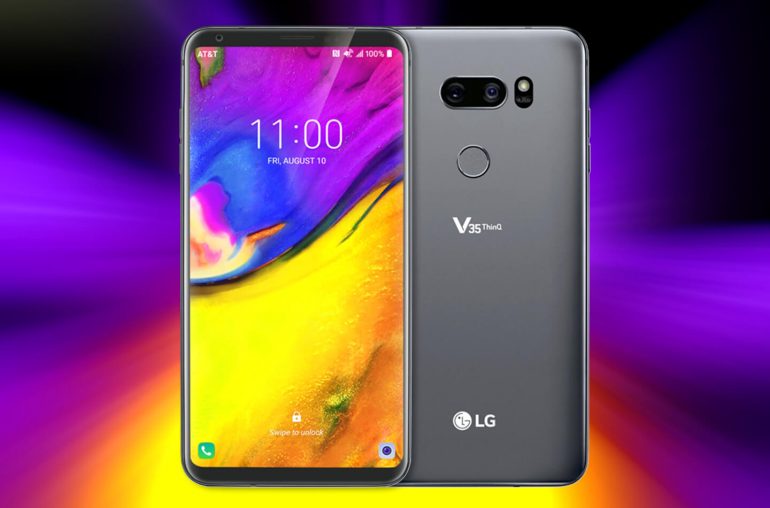 LG Electronics has launched the V35 ThinQ Android-based smartphone. LG V35 ThinQ price will be announced locally at the time of availability.

LG has issued a press release regarding the announcement of their latest ThinQ-enabled smartphone. The LG V35 ThinQ continues to inject new energy into the premium V-series platform with even faster performance, and enhanced digital photography, audio and Artificial Intelligence (AI) functionalities. The newest V-series device will be rolling out in the Americas starting in June 2018 followed by limited markets in Asia, Middle East and Africa. The V35 ThinQ handset will not come to Europe. 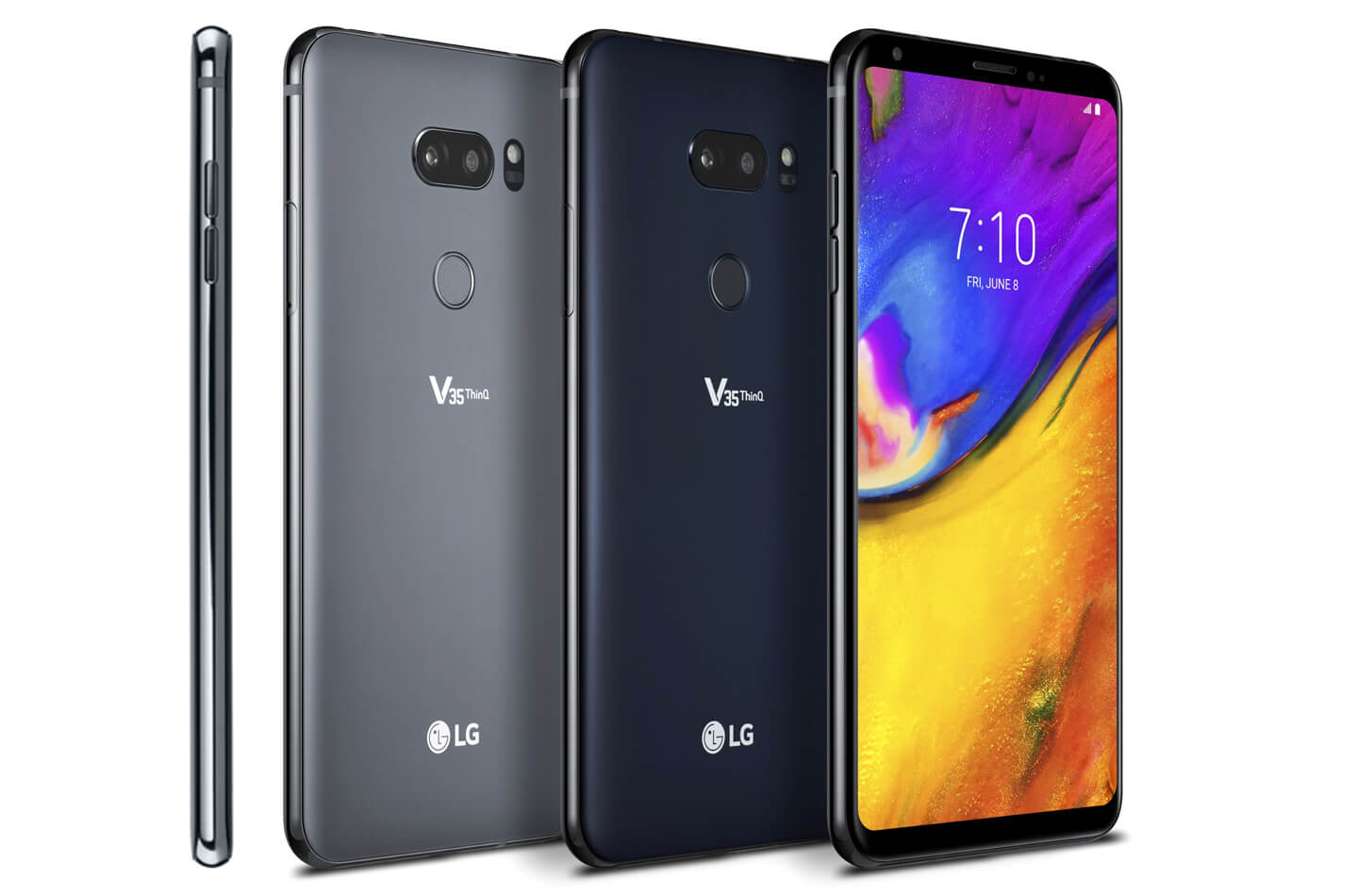 Catering to the most demanding users, the V35 features the latest Qualcomm Snapdragon 845 platform paired with 6GB of RAM and 64GB/128GB of internal storage. The LG ThinQ device retains the stunning 6-inch 18:9 OLED FullVision display with QHD+ (2880 x 1440) resolution in a compact form factor that weighs only 157g and measures a thin 7.3mm.

The display is further accentuated with the scratch-resistant Corning Gorilla Glass 5 that is curved around the edge for a sleek and premium look and feel. The LG V35 is built to withstand the rigors of daily use with its IP68 rating for dust and water resistance and a passing grade in 14 of the US military’s MIL-STD 810G tests for reliability of equipment performance in harsh environments.

The LG V35 ThinQ features an improved AI CAM with 19 shooting modes to help users take better photos every time. Users will also find a Portrait Mode to create bokeh shots with both the front and rear cameras. With Live Photo users can record a scene immediately before and after the shutter is pressed. In addition the camera features 2D and 3D Stickers for overlay effects using face recognition.

Improving on the low light photography capability in the LG V30S ThinQ, the V35 ThinQ features the new Super Bright Camera to capture low light images that are approximately four times brighter. With the help of pixel binning and advanced software processing techniques, the artificial intelligence algorithm determines the best settings when shooting in dim environments.

Following the LG G7 ThinQ, the newest V-series smartphone will also feature Google Lens in the camera app as well as via the Google Assistant and Google Photos. With Google Lens, users can get more information on objects such as landmarks, plants, animals and books by just pointing with the camera. Users can also visit websites, add a business card to contacts and add events to the calendar directly with the camera.

Hwang Jeong-hwan, president of LG Electronics Mobile Communications Company: The LG V35 ThinQ is part of our strategy that we announced early this year to introduce new iterations of existing products that improve on a proven and successful idea. With carefully considered updates that increase performance and convenience, the LG V35ThinQ is a great option for anyone looking for a complete and powerful multimedia smartphone. 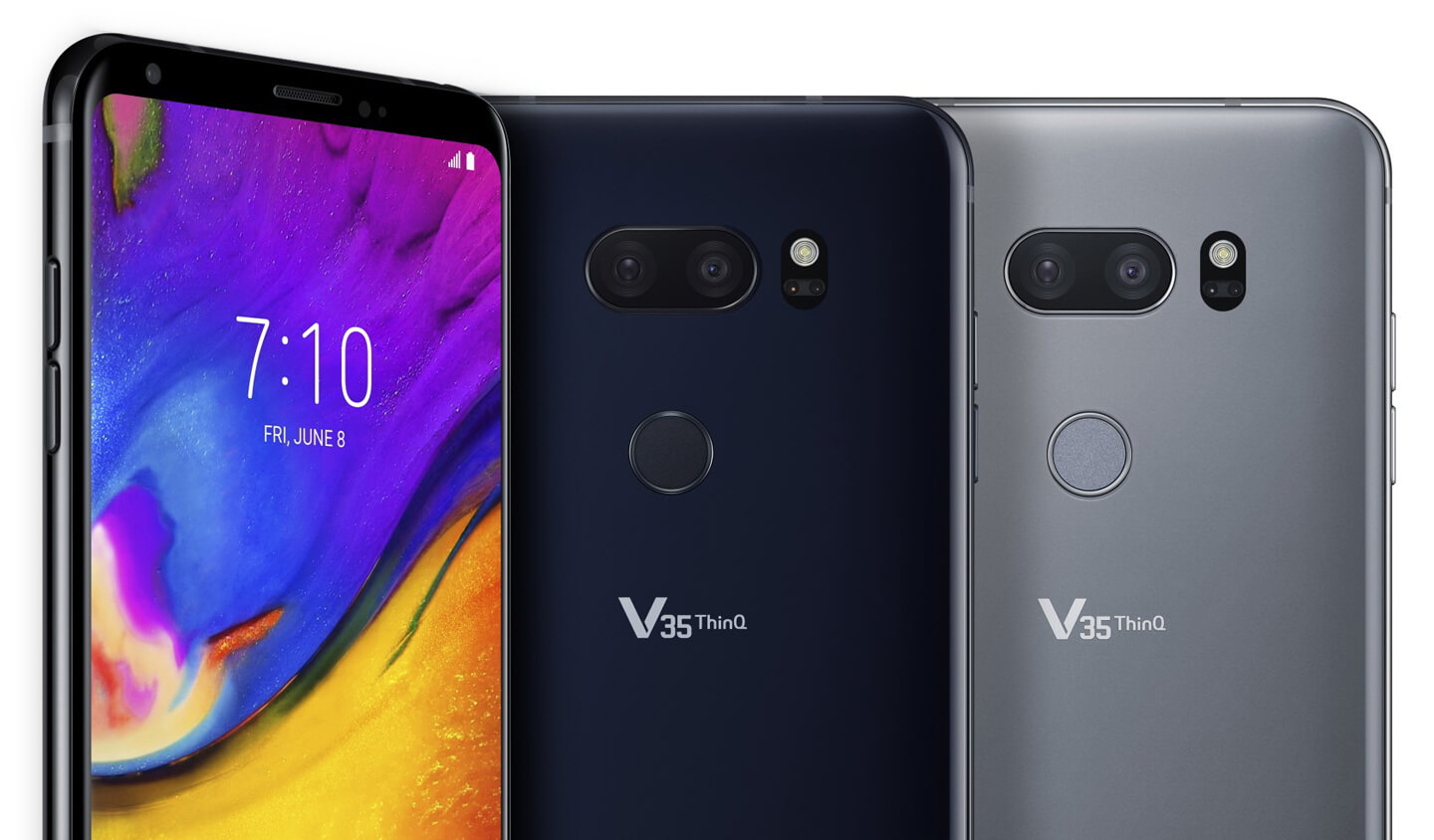 With Super Far Field Voice Recognition (SFFVR) technology, Google Assistant can be accessed by voice up to five meters away. SSFVR is capable of accurately understanding voice commands even over background noises such as a TV and traffic. The Hi-Fi Quad DAC featured in the LG V35 ThinQ delivers richer sound when paired with a pair of high-end headphones. And with DTS:X, listeners can enjoy virtual 3D surround sound up to 7.1 channel audio with any content while on the move. 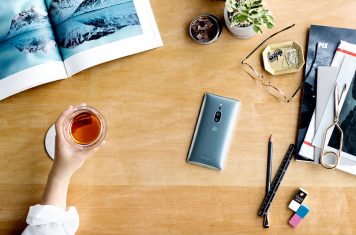